Many native English writers don’t necessity know the rules of grammar, they write what sounds right. They just write and don’t specifically do a grammar check.

But sometimes this isn’t good enough. Sometimes your grammar has to be perfect. In situations like these you need to be able to do a grammar check on your writing. 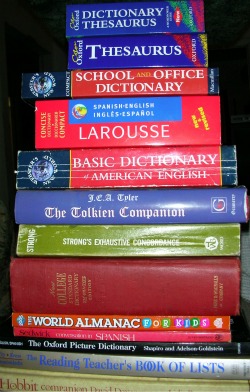 While the spell checker in your word processing program is quite good as the first stage in a proofreading process; it can find many of the mistakes that most writers make, not all, but most. The grammar checker isn’t as useful. Its results won’t always be helpful. So correcting errors in grammar relies more on you, the writer, being able to find them when you’re proofreading your own document.

You should be able to do this as long as you know what to look for.

Just remember that good non-fiction writing is about being clear and concise. So, while you’ll need to use a variety of grammatical structures in your writing you should be able to keep it fairly simple and still produce good writing.

The proofreading checklist includes a section on the main areas of grammar that you need to check during the proofreading process. This site isn’t a site where extensive explanations of the rules of grammar will be given. If you need detailed grammar information I would suggest that you invest in a detailed grammar book that you can use as reference source when you need to look something up.

I’ll include a brief explanation of the five areas from the checklist here.


1) Complete sentences with correct use of subjects (noun or pronoun) and verbs.
When writing it is quite easy to produce sentences that aren’t complete. You believe that the sentence follows on from the previous one and so your readers will know that it has the same subject and so doesn’t need to be repeated. It does.

Always make sure that your sentences have a subject and verb. A sentence isn’t complete without both. This sort of mistake will often be easier to find if you take a break of at least a few hours after writing before starting to proofread.


2) Subject and verb agreement
The subjects and verbs in sentences need to agree, that is, a singular subject with a singular verb and a plural subject with plural verb.

This can sometimes cause problems so check carefully that there’s agreement between the subject and verb in your writing.

Choosing and using the correct tense is an important part of making your writing clear and easy to understand for your readers.

When proofreading your writing think about the tenses used and if they’re appropriate for the content in the rest of the sentence and the situation that you’re describing.


4) Sentence length
Long sentences often have many clauses and therefore many commas. This can lead to sentences that are difficult to read or understand.

While some variety in sentence length is good, too many long sentences will generally harm your writing.

Try to break long sentences up into several smaller ones. Whenever you use a comma in a sentence take a look at the sentence and see if the comma could be replaced with a full stop to break the one longer sentence into several shorter ones.

Despite this they are still vital to clear writing. You need to include them to show how the other parts of the sentence relate to each other. Without prepositions your writing won’t be clear.


Many problems that a grammar check would solve are the sort of writing mistakes that a writer learns to spot as they get more experienced and learn what is and isn’t good English, and so don’t make those mistakes as much.

A proofreader or copyeditor can do a very good job of improving your writing. I can help you proofread, improve and check the grammar in your writing, see the page about my service, or you can submit a document to my free trial service to see what my work is like.

Return to English Proofreading and Copyediting from Grammar Check

Return to Excellent Proofreading and Writing Homepage from Grammar Check