Paraphrasing is one of the three ways (also quoting and summarizing) to include another authors’ ideas in your own writing.

When you include a rewrite of an original passage the original must be cited in the text and the full reference added to the reference section. 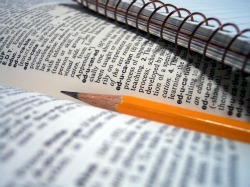 Paraphrasing is better than quoting as you've to change the original. This means that you'll gain a greater understanding of the original as you've to read it in enough detail to be able to rewrite it. When rewriting the original you should keep any specialized terms (electron, DNA, protein), proper nouns (names of people, places or organizations), numbers and formulae, the same.

The rest of the words should be changed so that they match the style of your own writing. This'll often mean changing the grammar of the original and you might need to use subordinate and adverbial or participle phrases when reducing the overall number of sentences.

A paraphrase will normally be slightly shorter than the original but not by a lot as you're keeping most of the same information.

Example of a Paraphrase

Using the original passage, from ‘The Origin of Species’ 6th Ed. by Charles Darwin, below:

A correctly paraphrased version could be:

Here the passage contains most of the same information; it is stated in different language except for technical terms (such as ‘the theory of natural selection’) which need to be kept the same. The passage is slightly shorter and the citation has been included at the end, as part of the last sentence.

An incorrect version, a plagiarised version could be:

In the incorrect version most of the words have been copied from the original, with only a few words changed. Also the final part about ants has been changed so that it now reads that they might not be due to natural selection where in the original Darwin said they were difficult to explain by natural selection but he had still tried. Also there's no citation at the end of the passage.

Return to Writing Help from Paraphrasing in Academic Writing